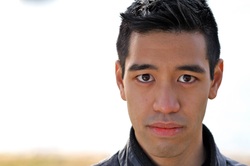 alton alburo (Albin de los Santos) is a proud Asian-American actor of Asian-American descent, who is thrilled that his inherent skills (of being Asian-American) are finally coming in handy! Previous Asian-American credits: a cautionary tail (The Flea) and WABI-SABI! Not Wasabi. (Theater for the New City). Other ethnic credits include: Jewish in God, Man, and Devil (Target Margin), Mexican in DREAMers (The Civilians; Theater for the New City), Native American in The Ghost Dancers (MITF), and Bully in The Bystander Project (Concrete Temple). Racially nondescript film credits include: Walter Glass's Panopticon, an art installation of Antigone co-starring David Marguiles, and the pilot for “Previously On” (NYTVF). alton is the Artistic Director of Boxed Wine Productions, where he has acted, directed, designed, & production managed. boxedwineproductions.com :: altonalburo.com

Alton is featured in "Eviction" and "Azn Party" this season. 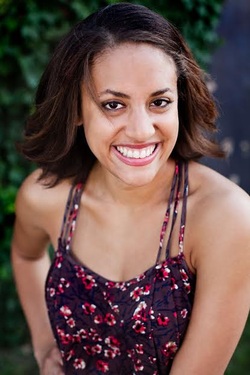 Brittany Allen (Diana Devine) is a New York writer, performer and berry enthusiast based in two of the four outer boroughs.  Britt's fiction and non-fiction have been published in  The Grey Sparrow Press, Underwater Minefield, The Nervous Breakdown, Mercer Street, The Yeah Write! Review and Work Magazine. Acting-wise, she is a resident artist with the devised theatre collective Rescue Agreement (www.rescueagreeent.com), and can be seen onscreen in the machine comedy collective's 2012 web-series, "America's Next Top Twenty-Something."  Favorite New York credits include the Librarian in Rescue Agreement's "If Or When the Roof Falls In" (CAP 21- Studios), the Clown in Jenny Koons' Odyssey Project (Site-specific) and Mary in "The Last Days of Judas Iscariot" (Tisch School of the Arts).  When not on stage or chained to a computer, Britt likes to skulk around the Upright Citizens Brigade, where she studies comedy. She also secretly dreams of playing the long con,  somehow becoming Joan Didion, or  finding lucrative, part-time work as a twenties-style jazz singer.  Semi-topical musings can be found here: http://adelpheans.wordpress.com/. Deets and contact can be found here: http://brittanykathrynallen.wordpress.com/


Brittany is featured in the following episodes: "I Enjoy Being A Girl...", "Super Musical Episode 2000", "The Model Minority", and "The Road Trip" 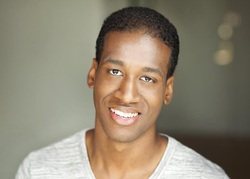 Travis Baird (Devin the Bro) received his B.F.A at NYU Tisch studying with the Atlantic Theater and Experimental Theater Wing.  His recent credits include Jackie and Me at the Linda Gross theater, and Wake Up! at the New York Fringe Festival as well as the New Orleans Fringe Festival.


Travis is featured in "What Are You?" this season. 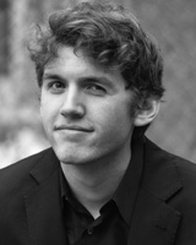 Adam Berley (Lost Cute White Guy) is a writer and performer from Seattle, Washington, now based in New York City. He has written, directed, and appeared in several one-act plays off-off-Broadway, and stars in the upcoming web series Adam Dates Women. When he’s not creating original multimedia projects, Adam works in reality television production and casting.

Adam is featured in "The Model Minority" this season. 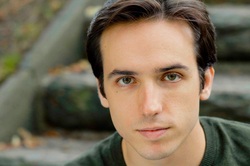 Gabriel Carli-Jones (Jesse Thomas-White) is an actor originally from Tampa, FL currently based in New York. He graduated from NYU: Tisch School of the Arts in 2011. His recent credits include the short films Nursing, Target Practice, and Plastic, all currently in post-production. Recent theatre credits include George in Optimism, Or, a new play by A.P. Andrews, and Norman in Neil Simon's The Star-Spangled Girl. Thanks to Kaela and Kelly for writing such a hilarious series! Keep up with his work at GabrielCarli-Jones.com.

Gabe is featured in "I Enjoy Being a Girl", "Azn Party", and "The Road Trip" this season. 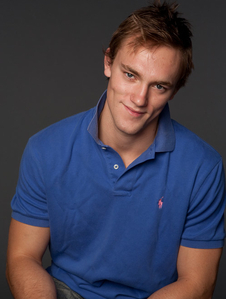 Max Carpenter (Stephen the Bro) loves Asian chicks. He also likes half Asian chicks and most chicks in general. He is currently single and living in LA. Other TV Credits include Law and Order: SVU and ABC's What Would You Do. Proud member of AEA.


Max is featured in "What Are You?" this season. 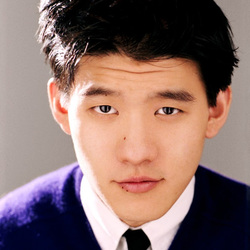 Raymond Chu (Teddy Liu) is a third culture kid and writer-director from New York and Taipei. After graduating from NYU Tisch School of the Arts with a BFA in Drama, he started a Lofty Entertainment with Zach Lasry and Adrienne Cahill and has been a video editor for Jay-Z's Life+Times, One Organization's agit8, and various other projects while finishing his short film "American Odyssey". Lofty is producing several projects here, which you can read more about here: http://loftyentertainmentllc.com

Ray is featured in "Azn Party" this season. 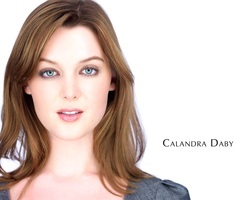 Calandra Daby (Regina Van Der Wood) is a native Midwesterner, graduating from the University of Nebraska with dual degrees in Theatre Performance and Directing & Management. She is currently studying at the Matthew Corozine Studio and working lots of day jobs. While mainly a classical actress, she loves to develop new work with many companies in the city, one of them being Boxed Wine Productions, of which she is a proud member.


Cali is featured in "I Enjoy Being A Girl" and "Super Musical Episode 2000". 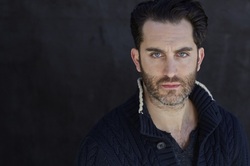 Cooper is featured in "I Enjoy Being A Girl", "Super Musical Episode 2000", and "The Road Trip" 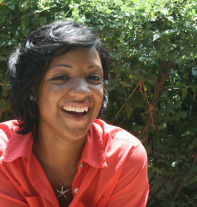 
Candis is featured in "The Model Minority" this season. 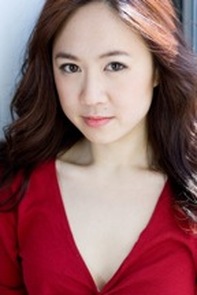 Sarah Jun (Lydia Fung) is an actor and producer who lives in New York City and can be reached through various online sources. She enjoys being Asian and hopes you enjoy it too!

Sarah is featured in "Azn Party" this season. 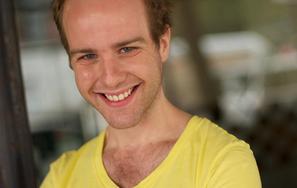 Adin is featured in "I Enjoy Being A Girl", "Super Musical Episode 2000", "The Model Minority", and "The Road Trip" 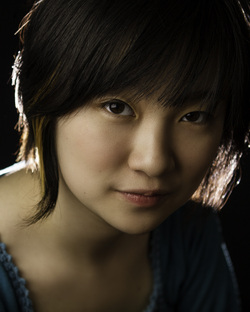 Angel Lin (Girlfriend on Train) is anything synonymous to the word geek. A current drama student at NYU Tisch, Angel most recently gain internet notoriety for her “explicitly honest” cover of Frozen’s “Let It Go” with articles about it on Jezebel.com and NyMag.com. She is also a voice over artist. Listen to her demos at voice123.com/AngelAtTheMic.

Angel is featured in "The Model Minority" this season. 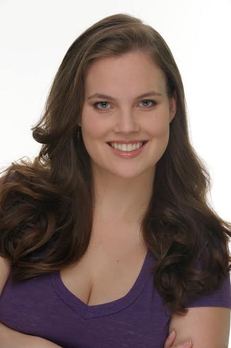 Ana Maria Mutchler (Amber Whittendale) is a third culture kid by way of Africa and South America where she discovered classic Old Hollywood movies (leading to her love of all things acting). She has portrayed everything from a film noire Russian mistress to Banquo on roller skates. When Ana Maria is not performing she is most likely to be found covered in flour baking up a storm!


Ana Maria is featured in "I Enjoy Being A Girl" and "Super Musical Episode 2000" this season. 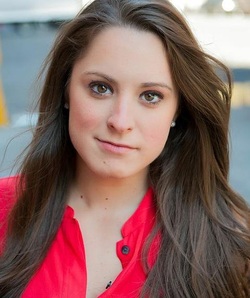 Rachel Naar (Heather Streisand) hails from New Jersey. Daughter of two lawyer parents, and no pets. She graduated with honors from NYU's Tisch School of the Arts in 2012 with a degree in Drama and Focus in Applied Psychology. She can be seen as the spokesgirl in Sansone Automall Commercials and is featured in MTV's New Years Eve Geico commercial. She also has been featured in Celebrity Ghost Stories. She is represented by Bohemia Entertainment across the board.


Rachel is featured in "I Enjoy Being A Girl" and "Super Musical Episode 2000" this season. 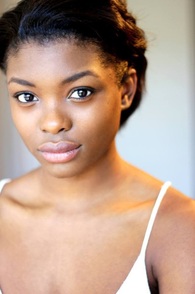 Ebonee is featured in "The Model Minority" episode this season. 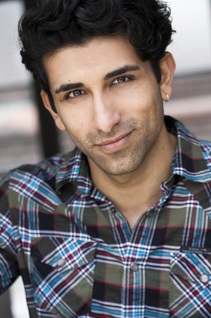 Shehzad Popat (Guy on the Train) is a pretty decent fella, but he doesn’t know how to take himself seriously and its life is exponentially full of regrets. Honestly, though, it’s really no big deal, seriously. At least you can call him self-aware. Is he? Ourselves, Shehzad and I shall never admit that the “Collective We” suffer from schizophrenia. Instead, they will say, ” [Us] are not that into pronouns."

Shehzad is featured in "The Model Minority" this season. 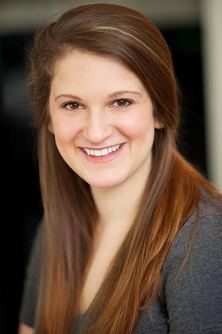 Liz Rogers (Audition Monitor) is a Brooklyn based director and photographer originally from Marietta, Georgia and is an alum of Playwrights Horizon Theater School, New York University, Tisch School of the Arts. Liz's other recent theater credits include directing in Cliff House's The Beckett Project,(2013The Brick), assistant directing Wake Up,(2012 Fringe Festival) and P.S.M for You Are Dead. You Are Here (2013 Here Arts Center).


Liz is featured in "I Enjoy Being A Girl" this season. 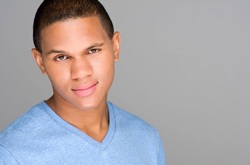 James Ross (Cronuts Guy) is currently a Senior studying drama at Tisch School of the Arts. Last Spring, James studied in a highly competitive scene study class with Alec Baldwin. In other NYU productions he has performed as Walter in Sweat, Nora York's Cabaret at Joe's Pub, Terry/Christophe/Hugo in Passing Strange, various roles in Mary Robinson's War Project and numerous student film projects. His latest projects on camera have been playing a Private in an instructional Army Video, and starring in a scene for an independent feature film entitled Sweet Baby James In his free time James is a musician having exceptional skills in saxophone and clarinet, and he also records pop/hiphop music as a singer.


James is featured in "The Model Minority" this season. 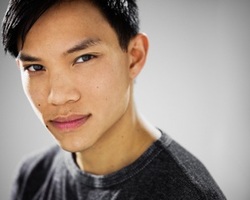 
Tony is featured in "Eviction" and "Azn Party" this season. 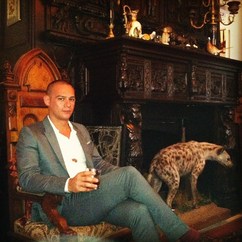 Rich Allen Weiss (Brandon the Bar Manager) is a native New Yorker who is proud of his Asian-American heritage (Filipino-German-Irish, respectively). When not dreaming of riding cross-country on a black Triumph motorcycle with a French Bulldog puppy in a rucksack he can be found frequenting various shows around the lower Manhattan and Brooklyn or searching for pizza. He is the guitarist/co-vocalist in Bronx Cheer.

Rich is featured in "I Enjoy Being A Girl.." and "What Are You?" this season. 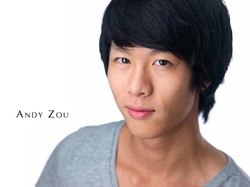 Andy Zou (Boyfriend on Train) was born in St.Louis, MO and came to New York in 2008 to study at New York University for Experimental Drama at the Tisch School of the Arts. The training only augmented a bizarre sensibility when it came to creating new works, and after focusing on a budding acting career post-graduation, he is now also focusing his efforts on creation of new content and media thru filmmaking and writing.
He enjoys hoppy beers and rare burgers.

Andy is featured in "The Model Minority" this season.